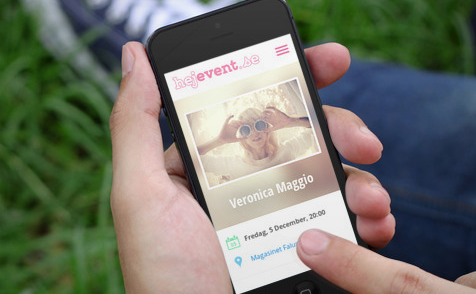 About a week ago, I released a new website called Hejevent.se. It’s a website that helps you discover events.

Hejevent builds on top of Facebook events, which is nice since so many public events already exist on Facebook, it means that I already have the most comprehensive guide to events in Sweden.

However, the real power from basing the site on top of Facebook data comes from the ability to recommend events in the future, based on what events you have been to in the past. I’ve spent a large part of the development time to program and fine-tune a recommendation algorithm, using collaborative filtering, to calculate great personal event recommendations for Hejevent’s users. I’m very pleased with the high quality of the recommendations, which actually turned out even better than I thought from the beginning.

The site is built using Python, Django and Celery. As data store I use PostgreSQL, Redis as Celery backend, and Memcached for caching.

For my swedish readers, I encourage you to go to Hejevent.se and sign in using Facebook to see your recommendations (or if you don’t use Facebook you could also check out the public pages for evenemang Stockholm, evenemang Göteborg, evenemang Malmö, evenemang Uppsala or some other city).

For non swedish readers, I hope to be able to release an international version (in english) of the site before the end of the year!